Eric J. (Rocky) Feuer is a Branch Chief in the Surveillance Research Program (SRP) within the Division of Cancer Control and Population Sciences (DCCPS) at the National Cancer Institute. Dr. Feuer received his MS and PhD in biostatistics from the University of North Carolina at Chapel Hill.

Prior to joining SRP, Dr. Feuer worked as the statistician for the cancer center at Mt. Sinai School of Medicine. Since 1999 he has been chief of the Statistical Research and Applications Branch. Dr. Feuer is also the NCI Project Scientist for the Cancer Intervention and Surveillance Modeling Network (CISNET), a collaborative group of investigators who use simulation modeling to guide public health research and priorities. He is the author of over 175 papers in the areas of cancer control modeling, statistical methods for the analysis, interpretation, and presentation of population-based cancer statistics; development of new cancer progress measures; and survival analysis. He is co-developer for the statistical methods and associated software for Joinpoint, DevCan, CanSurv, and CI*Rank.

Dr. Feuer is a fellow of the American Statistical Association and was president of the Eastern North American Region (ENAR) of the International Biometric Society in 2008. He has won numerous NIH merit awards, and also been the recipient of two prestigious NIH Directors awards (for recognition in advancing statistical methods to interpret national cancer statistics, and, for leadership in coordinating the efforts of the CISNET consortium). 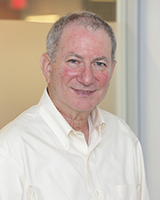