Benmei Liu is a Survey Statistician in the Statistical Research and Applications Branch (SRAB) of the Surveillance Research Program (SRP). At SRAB, she is responsible for survey methodology projects such as handling issues that are related to the design and analysis of surveys. She also initiates and manages collaborative analyses with scientists from the National Cancer Institute (NCI) and other government agencies and academic centers. Her primary research areas include developing proper statistical methods for resolving scientific problems encountered in complex surveys and health data analysis, small area estimation for cancer risk factors and screening behaviors, and imputation methods for complex survey data.

Dr. Liu received a Master of Science degree in Mathematics from the Ocean University of China in 1999, a Master of Science degree in Statistics from the University of Nebraska-Lincoln in 2001, and a Doctor of Philosophy degree in Survey Methodology from the University of Maryland in 2009. Prior to joining NCI, Dr. Liu worked as a statistician at Westat, where she was involved in a variety of survey projects. There, her responsibilities included survey design, sampling, weighting, imputation, small area estimation, and data swapping.

Dr. Liu is a member of the American Statistical Association, from which she received two awards (2008 and 2009). She served as the chair of the Invited and Contributed Posters for the Joint Statistical Meetings in 2011. 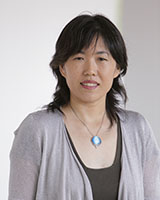